21.10.2015 - EDP Distribuição delivers the prizes to the winners of the S3C-Quiz competition.

In S3C, we developed an interactive toolkit for the active engagement of end users of energy in smart energy projects. The S3C guidelines and tools have been tested and reviewed in collaboration with our eleven trial projects.

InovGrid is a unique trial project within the S3C active partner landscape due to the variety of guidelines and tools that were tested in four different initiatives, one of which was the gamification initiative. The gamification initiative was based on the guidelines "How to motivate behavioural change with personal goals"and "Competition and social comparison" and aimed at answering the following questions:

For that purpose, an online quiz was developed and tested in Alcochete with more than a hundred players from around 9.200 domestic customers.
The purpose of the quiz was to inform about the benefits of the smart grids and to stimulate an efficient energy consumption behaviour. The quiz was conducted online at http://www.quiz-s3c.com/.
The winners of the game were found according to the decrease in energy consumption that the participants achieved compared the consumption during the same period in the year before. The three winners were awarded with an electric bicycle, a computer and a tablet. This way, by promoting energy efficiency behaviour and the involvement of the customers, the S3C quiz game has built a community in Alcochete that is now aligned with the values of the Smart Grids and the S3C Project.
The award ceremony and presentation of the S3C project results was attended both by the local authorities of Alcochete, EDP Distribuição and the participant’s family.
As a result of the project and the S3C quiz, EDP Distribuição has reinforced both its innovative attitude as well as its relation with the communities and local stakeholders.
Watch the video of the event on YouTube! 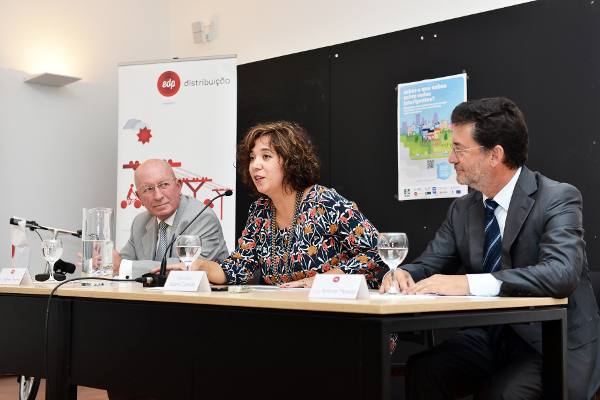 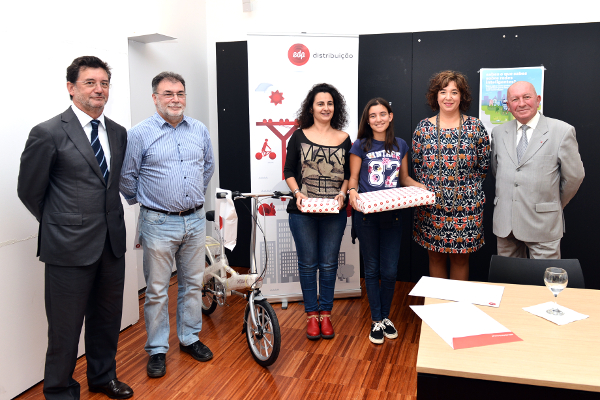